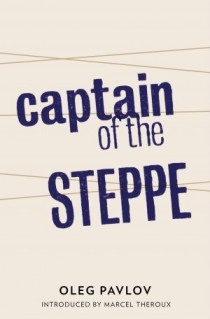 “They used to deliver newspaper like potatoes to the company stationed out in the steppe: a month’s worth at a time, or two, or even enough to see them through to spring, so as not to waste fuel and not to pamper the unit.”
Khabarov is the captain of the 6th regiment far out on the Kazakh steppes. Surrounding their camp there’s nothing as far as the watch towers can see. Food is always scarce, so when the captain gets the brilliant idea of planting the potatoes instead of eating them, he reckons he has solved their food shortage. But this is Soviet where no one does anything without a permission from someone above them in the system, so Khabarov soon finds himself in serious trouble.
My first reaction after reading it was: all that trouble because of potatoes? Second: what the hell did I just read? Definitely too much confusion and those Russian names I never can tell apart, made this a hard one. Yet there are definitely good parts and some parts had me snickering. And I do have a feeling that this will get better with a second read. It is the first book in a trilogy, and I do hope that And Other Stories is going to publish the other ones as well, as it has received grand reviews and prizes, not only in Russia, but also abroad.