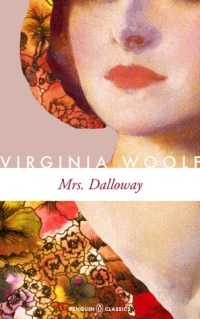 “He thought her beautiful, believed her impeccably wise; dreamed of her, wrote poems to her, which, ignoring the subject, she corrected in red ink…”
Clarissa Dalloway is preparing for tonight’s party while her thoughts wander. She has the perfect life on the outside, her husband is a famous politician, the Prime Minister is even coming to the party, her daughter is beautiful and they are well-off. But she has a lot of regrets and they become evident when her long-time friend, Peter Walsh, suddenly turns up.
My first Woolf! And it has been rather a struggle. I’m not very fond of these streams of consciousness novels as I usually end up lost in thought and have no idea what I just read. I must also admit that it took about 20 pages before I realized that Mrs Dalloway and Clarissa were the same person!
But then when I started focusing on what I read (even stopped and summarised), it became a lot easier and then towards the end I really enjoyed it.  I especially liked the part with Rezia and Septimus and although I really wondered how they fitted in, it all made sense in the end.

Still I have a feeling that I have missed a lot, and I definitely need to reread it later on in life. It’s one of those books which need maturing.